This is a short entry since I just spent a few days in San Jose, primarily to witness my mom’s headstone being put in place, but I took some time to visit our favorite haunts, as a way to remember her, honor her, and to comfort myself. 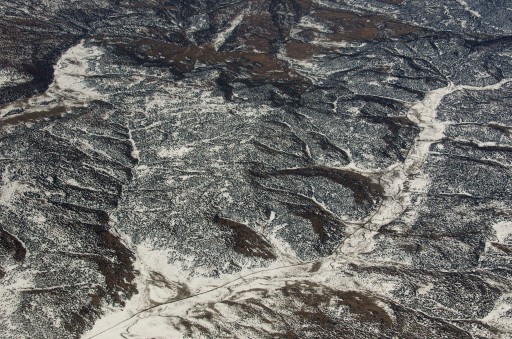 Recently, I came across two TED talks that fascinated me; today I will focus on the “Norden Bombsight” by Malcolm Gladwell, famed for “The Tipping Point.”  In the next post, I will discuss Dan Pink’s case on motivation.

The major moral of Gladwell’s presentation is that while gizmos can be fun and cool, they cannot substitute for thinking and knowledge.  Tools are just that, tools.

The Norden Bombsight was designed by Mr. Norden before WWII, intending to give the bombardiers a useful tool for accurate delivery to target.  The US Defense Department was awestruck with Mr. Norden and his invention, and committed 1.5 billion (in 1941 value) dollars for its development and installation.  The outcome?  Reality trumped this best design; the accuracy it enabled was about 10%.  When the atomic bomb (cost US $3 billion) was dropped on Hiroshima using the Norden bombsight, it missed by some measure, not enough to matter especially for a nuclear weapon, but certainly not pinpoint accurate.  Again, of course, being that it was the atomic bomb, the lack of accuracy was moot.

Decades later, our technology has improved tremendously.  During our first war in Iraq, we dropped thousands of missiles intending to take out Iraqi’s missile launchers.  The technological information would have us believe that every missile fired hit the target.  However, after the war concluded and we did a ground survey, we found ZERO hit on the launchers.  Reason?  We didn’t really have good intel on where those launchers were actually located.

In the current “war on terror” (truly a misnomer that has damaged our national psyche), our drone attacks have been very accurate in taking out targeted terrorists.  But for every terrorist we have taken out, we have encouraged several times their number of new recruits for terrorists, and their suicide and IED attacks have escalated.

While this seems like it’s about politics, it really is about how we have allowed technology to dominate our lives, our thinking, and even our pursuit of knowledge.  My recent post on VW and its Blackberry policy is related to our obsession with gizmos.  The internet and computer technology certainly have given us a lot of valuable information and even helped promote some knowledge, but I don’t think it has really created any major breakthroughs for human advancement.  Advances such as antibiotics, airplane travel, light bulbs, etc.  predate the internet, which admittedly has increased the speed with which some of these existing technologies morph and mutate into altered forms and manifestations, but what – and where – are the internet’s truly new material creations?

To bring this topic closer to business, look at computer and stock trading.  Arguably, stocks were never tangible commodities, but the computer technology has certainly made the trading more wild than before, and I haven’t been able to detect how that has helped our management or economy.

I think Gladwell’s presentation affirms for me, once more, that we are ever in need of time to think, contemplate, play, and dream.  Dan Pink’s presentation on motivation also touches on this.  That’s coming up!  Till next time,

copyright taso100 © 2010 – 2015 all rights reserved: no photos or content may be reproduced without prior written consent