“…in recent years scholars have made a convincing case that focusing on uncertainty can foster latent curiosity, while emphasizing clarity can convey a warped understanding of knowledge.” – from New York Time’s op-ed, “The Case for Teaching Ignorance;” by James Holmes’, author of “Nonsense: The Power of No Knowing.”  Given that organizations by nature are about order – as in “organize” – and the known, and that the work of managing organizations aspires to be more science than art, the above quote challenges practitioners, for most managers view uncertainties as threats to the order, rather than opportunities to explore the new.

Managers who know how to work adroitly with both the known and the unknown are more likely to achieve success, for their organizations, and to be regarded as leaders. Ultimately, though, I contend, repeatedly and frequently, we do ourselves the disservice of pitting one concept against the other.

For instance, art and science while seemingly diametrically different – the former being touted as subjective while the latter the objective supreme – actually often complement each other. And both rely heavily on observations of our physical world as well as spiritual world. Many scientists write excellent poems, create beautiful images, or produce songs. Filippo Brunelleschi in 13th century devised a contraption where a mirror reflecting a scene viewed through a small hole of a panel helps artists render drawings and paintings in correct perspective. Fifteen years later, Leon Battista Alberti explained this type of perspective in the then new “perspective geometry.” I only learned about this history when stumbled upon the article: Why Physics Needs the Art to Help Picture The Universe? by Nobel Laureate Frank Wilczek 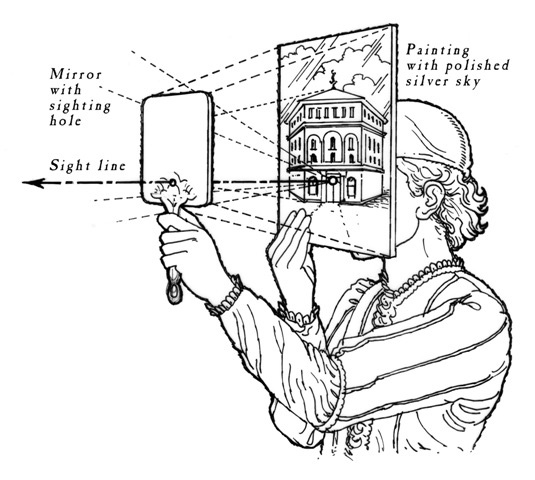 Scientists often have to search in very dim light for ideas, suggestions, or clues for the next frontiers; much of their effort is iterative between data and imagination. Artists render their imaginations in words, images, or sounds to connect with people. The images of fractals or (artificially imposed) colorful pictures of our universe are some exquisite representations of the marriage between art and science. From this perspective, management is like the orphan who doesn’t actually know its lineage but claims a more noble heritage than anyone else.

In both science and art, uncertainty and ignorance are the precursors of curiosity. In Mr. Holmes’ New York Times op-ed article, he cites “island of knowledge” by Michael Smithson, a social scientist at Australian National University who co-taught an online course on ignorance. Mr. Smithson uses “island of knowledge” as an analogy to illustrate how the knowledge begets more questions to further the growth of knowledge. The shoreline of the island is the intersection between the known and the unknown. The bigger the island of knowledge, the longer the shoreline, and the more unknown needs to be explored. Mr. Holmes expounds further, “People tend to think of not knowing as something to be wiped out or overcome, as if ignorance were simply the absence of knowledge. But answers don’t merely resolve questions; they provoke new ones.” Hence, the more we know – expanding the island – the more we don’t know and so the more questions we will have.

Of course, in today’s social climate, I am wary of using the term “ignorance” as a badge of integrity. In science and art, ignorance is the beginning point, not the outcome, not a characteristic, and certainly not a stationary state. Those who can’t grasp (or actively oppose) the scientific process – a non-linear journey of searching, gathering data, affirming or rejecting one strand of an idea, tending some offshoot discoveries and on and on – latch onto “ignorance” as an excuse to reject even overwhelming scientific evidence. Such is also often the case in the practice of management; preponderant evidence is rejected in favor of long-held and often “myth-based” practices, for example, tying executive pay to stock performance, or, motivating people with mostly sticks and some carrots. This topic, the misuse of evidence and adoption of half-truth, I have often alluded to in the past, and will explore more in the near future. 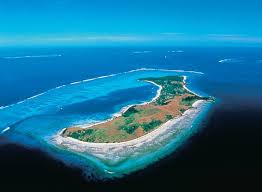 If we follow the “island of knowledge” metaphor, then, most organizations would operate in the middle of this island. “The center of the island, by contrast, is safe and comforting, which may explain why businesses struggle to stay innovative. When things go well, companies ‘drop out of learning mode,’ Gary P. Pisano, a professor at Harvard Business School, told me [James Holmes]. They flee uncertainty and head for the island’s interior.”

To stay innovative and vibrant has always been one of the biggest challenges for growing entrepreneurial organizations. One possible way to keep innovation alive in an organization, young or old, is to institute “FedEx Day,” where employees deliver their innovative ideas, after a 24-hour period during which people who sign up for the exercise can work on whatever projects they choose and with whomever they choose. Some other organizations offer more generous structure, allowing employees to work on blue-sky ideas, say ½ day to 1 day out of a working week. Many of Google’s ideas have come out of people using that “free” time to develop “crazy” ideas. If an organization feels compelled to spell out all the rules and procedures for every task, project, or experiment, it pretty much guarantees the demise of innovation.

Set aside some “play” time, structure a little uncertainty, provide some safe space for people to try and fail…Of course, all this would require everyone, management included, to act boldly and take risks. Would you try?